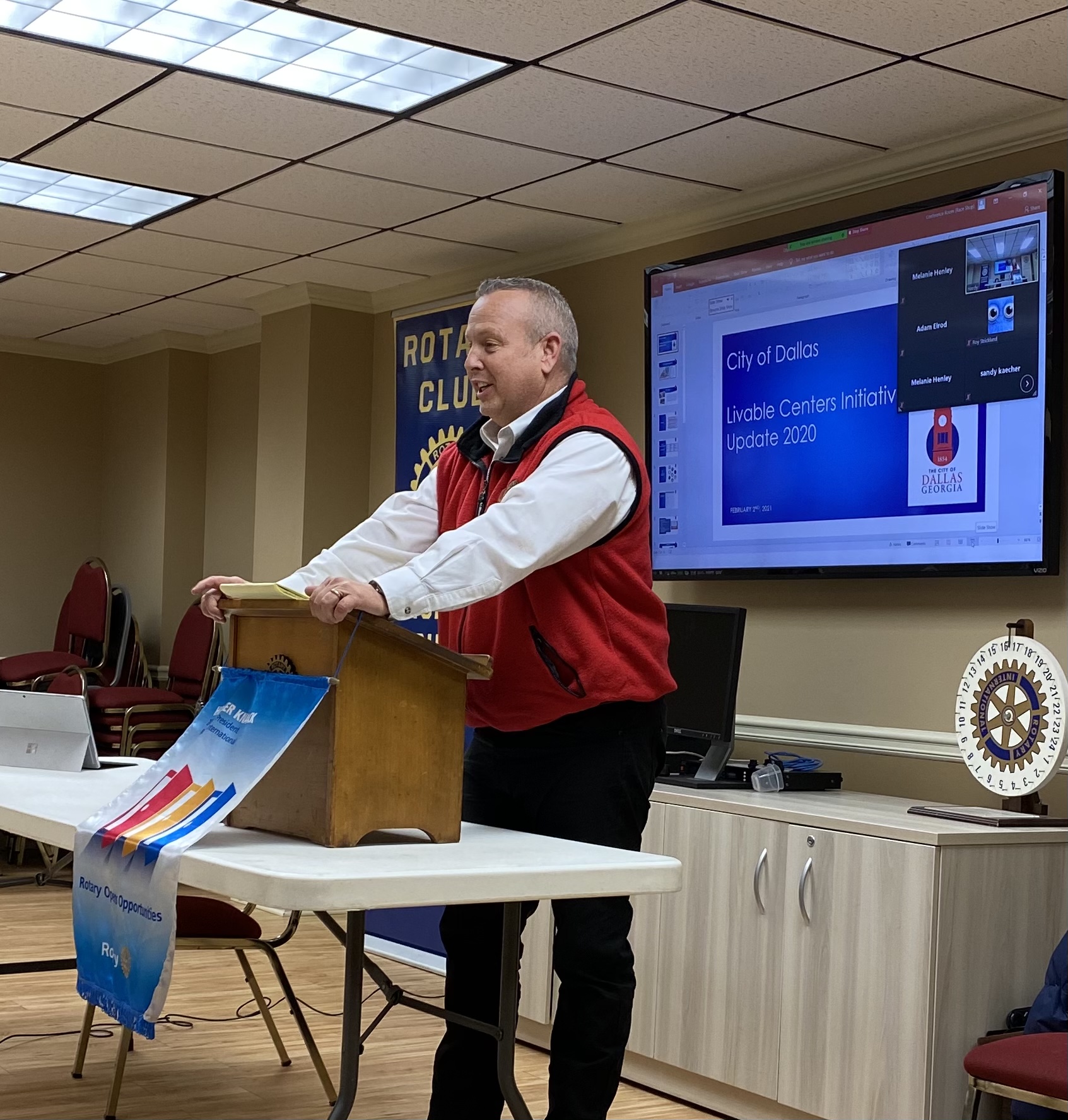 The Paulding County Rotary Club welcomed James Kelly, Mayor of Dallas to our February club meeting. Mayor Kelly, a long-time council member of the City of Dallas recently began his full first elected term as City Mayor. The Paulding Rotary Club has a great history of collaboration with the City of Dallas. The annual Christmas parade is one of the longest-running and biggest events in the county for the past 28 years. Mayor Kelly laid out an aggressive plan to build upon the foundation that the City of Dallas has been working on over the years.
The Mayor's plans include greater connectivity with the Silver Comet bike trails with the city, completing the Dallas amphitheater for concerts and events, continuing to capitalizing on maximizing our potential for Parks and Recreation's community events, and extending retail collaboration in the downtown area. Much of the Mayor's plan is supported by infrastructure the city has been investing in for some time. However, bringing these projects together and to a conclusion will be no small task.
The constraints COVID-19 has placed upon many cities should have no effect upon the outcome of the Major's plans, other than to perhaps slow the completion of these projects. Ultimately the future is bright for the City especially considering the amount of investment going into the planning for what's ahead of Dallas.