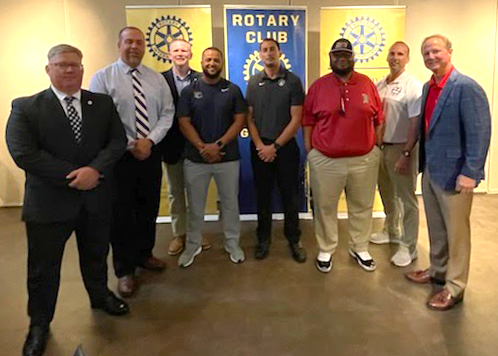 The Rotary Club of Paulding hosted the 11th annual Pigskin Preview on August 9 at the Dallas Civic Center. The Club appreciates the City of Dallas hosting us every year. The Club received an update from the head coaches from each of the five high schools. The coaches each brought three of their star players, all of which excel academically as well as athletically. There was additional excitement this year as three of the coaches are new Coach Brown at Paulding County, Coach Robinson at South Paulding, and Coach Hirschfield at East Paulding. The North Paulding cheerleaders and North Paulding band drum line helped create a “pep rally” feel. The Club appreciates Mr. Jason Freeman and the Paulding County board of education leadership supporting this event. 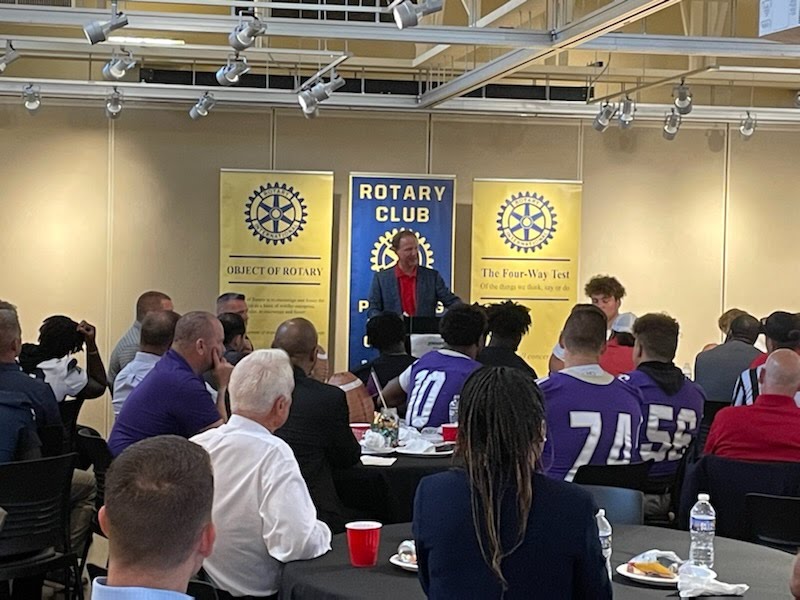